Custom Techbuilts were available to buyers since the early days of the company. For the most part this involved a custom configuration of the 4 foot panels, altering the width or length of a house, but generally keeping with the rectangular shape. However, the late 1960s and early 1970s saw several new forms of Techbuilt appear. Some of these appear to be one-off custom designs that were then offered as a standard package. One of these is the Shikoku. 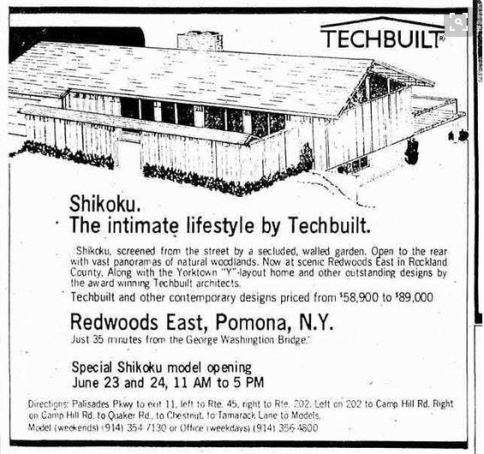 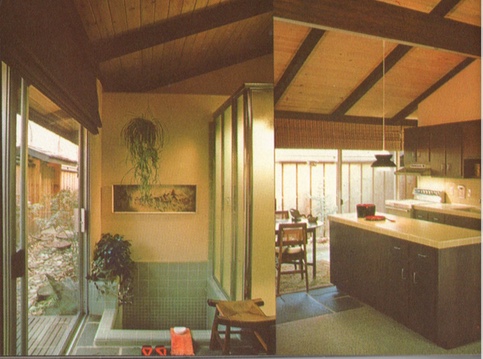 The Shikoku featured large open spaces with the long elevations being mostly glass. A walled garden was created to screen the house from the street. This feature allowed for the deep soak tub in the bathroom having a view to the garden, seen in the image above.

The Shikoku model came during a time when Techbuilt was part of the  Kanaje Corporation of New York which had acquired Techbuilt Inc from Federal Paper Board in 1972. Kanaje included a Shikoku model in their Redwoods East development along with some other Techbuilts.

We have only been able to locate the one Shikoku model built in Redwoods East, though it has been modified and no longer has the walled garden. Any information regarding others of this model would be appreciated.

Shikoku images are from a Techbuilt catalog, circa 1973, from the collection of Jeff Adkisson.